A Bleach RPG where we don't just give you a sword and send you in. Rather, we give you a bad ass Zanpaktou, thousands of Hollows, few allies, and plenty of enemies. The only question is, which are you?

Announcement
Welcome to Bleach, Resolve of a Shinigami
Who is online? 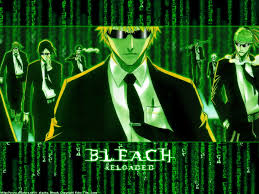 Our users have posted a total of 479 messages

We have 42 registered users

The newest registered user is Annagyijjk